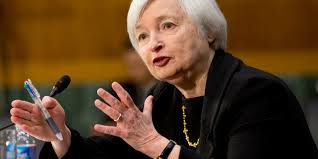 Chair of Federal Reserve chair warns that UK leaving the European Union could have great impact over U.S. economy

During her speech earlier this week, Janet Yellen stated that Brexit was an important factor to be considered by the central bank when deciding future interest rates.

As “positive economic forces have outweighed the negative”, it is expected that the Fed will increase rates in the following months.

“If incoming data are consistent with labour market conditions strengthening and inflation making progress toward our 2% objective, as I expect, further gradual increases in the federal funds rate are likely to be appropriate,” Ms. Yellen commented.

Over the last decade, interest rates have increased only by 0.25 percentage points. Nevertheless, the decrease in the labour market is yet to decide what will happen next.

“I see good reasons to expect that the positive forces supporting employment growth and higher inflation will continue to outweigh the negative ones. As a result, I expect the economic expansion to continue, with the labour market improving further and GDP growing moderately,” she added.

Moreover, officials of Federal Reserve will meet again after the EU referendum on 23 June, to assess the Brexit impact on global markets. U.S. economy included.

According to Lael Brainard, Federal Reserve governor, UK leaving the EU zone would have “significant adverse reaction” to the US market.

While awaiting for the final vote on 23 June, the Fed chair has also warned the Open Market Committee of the federal reserve to “proceed cautiously” when increasing interest rates due to the impact this decision could have over global markets.