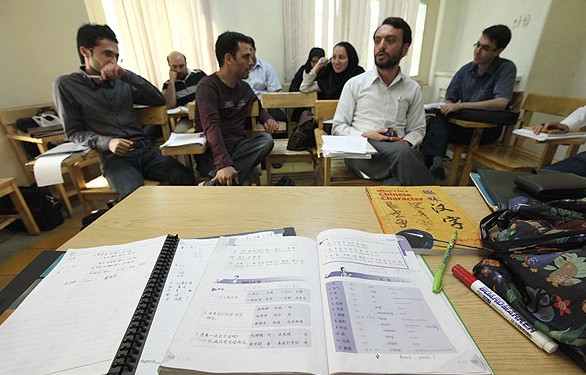 Although several Middle East countries are familiar with English and can also converse up to a certain level, Iran is still lacking behind. Iran does not have much English speakers unlike other Muslim countries such as UAE, Pakistan, and Afghanistan etc.

This serves as a major setback for Iran as its citizens are unable to interact and have better relations with the international communities. Due to this, one of the ministers of the first cabinet of Iran, Mohammad Mehdi Zahedi, who served as the Minster of Science and Technology for the Mahmoud Ahmadinejad’s government from 2005-2009, said that English is an important language and it is necessary for the citizens of Iran to learn English.

Also, several scientific journals and papers available from all over the world are written in English and hence, it is necessary for students and teachers to learn English. Apart from unlocking more learning opportunities, he said that English also serves as an important key in tourism and international contracts.

Due to this, the workforce of organizations in Iran have a dire need to learn English and should be able to start conversing in English fluently, as this would attract more multinational corporation in Iran, thereby creating more employment opportunities and boosting the economy of Iran. Mohammad Mehdi Zahedi spoke about his ideas and vision when he address a seminar held in Vahdat Hall.

The Iranian Policies dictate that they would mark a spot in the world map within a few years. Zahedi said that in order to achieve this goal, they would have to learn English and at the same time, spread the usage and popularity of Persian language to other nations. As of now, the consulate and embassies of Iran located in several Asian and European countries conduct seminars and workshops to learn Persian.

Iran is pushing the usage of both English and Spanish by opening several channels in these languages, as a result of which Iran would be able to attract more tourists, which in turn would help in boosting the economy of Iran.