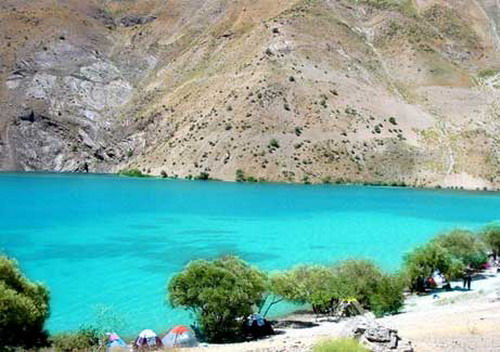 The representative in the Parliament of Iran from the province of Kurdistan, Omid Karimian, warned the local government that they should formulate better measures to ensure that the Marivan Lake does not get dried up. The lake is drying up rapidly and faces the threat of drying up entirely if it continues at this rate.

Omid Karimian voiced the opinion of the citizens of Kurdistan that they do not wish to see the dried up state of Marivan Lake a few years down the line. As per Karimian, the Kurdistan province has tremendous potential to attract tourists from all over the world and this potential should not be left untapped. He states this when he spoke to Pars Herald a few days ago.

He went on to quote the example of Lake Urmia, which was a saltwater lake located in the northwestern part of Iran, near the border of Turkey and Iran. The lack of appropriate actions taken by the Government of Iran has led Lake Urmia to the present state it is in.

He blamed the Government of Iran that they have taken no appropriate action in this regard towards the conservation of Lake Urmia. Had the Government of Iran involved actively in the conservation of this lake, it would have been in a much better condition and the disasters that happened around this lake could have been prevented.

Residents who stay close to Lake Urmia have carried out several protests and demonstrations in the past to bring to light the pitiful condition of the lake, but the government has paid no heed. Activists and environmental experts say that the condition of other lakes located in Iran would be the same as that of Lake Urmia, if the government does not step in and take appropriate actions.

The geographical location of Zarivar Lake is in the province of Kordestan, in a direction westward to Marivan. The length of the lake is 5 km and the width at the maximum point is 1.6km. It is a major tourist attraction in Iran and is a freshwater lake with the deepest point located at 20ft.