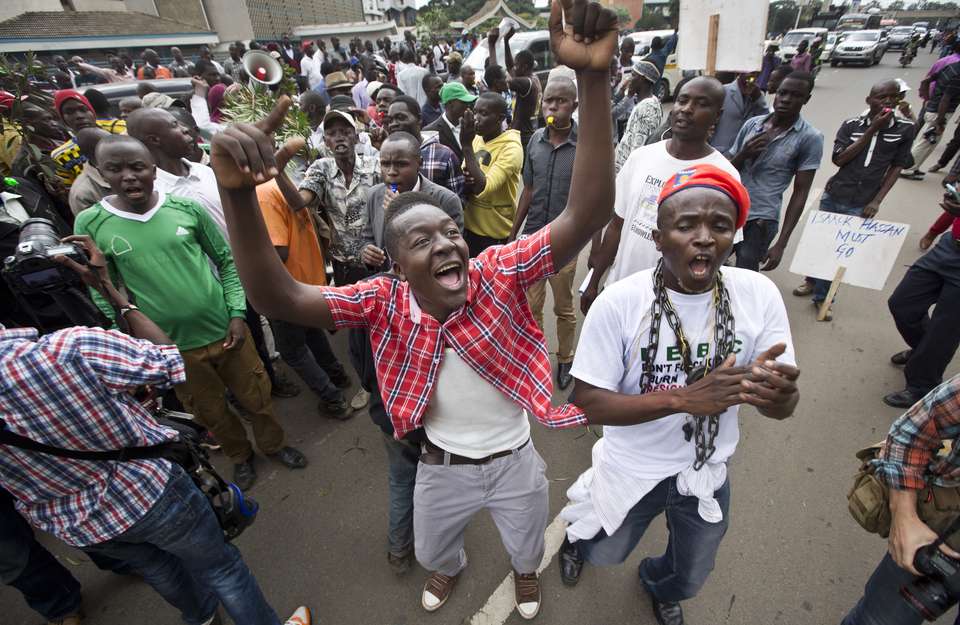 The photo of a five year old boy agonizing after being shot in the back during protests in Kisumu has triggered national outrage and fear of future violence among Kenyans.

“The police were deliberately going after people, that’s why they raided the estate. This weekend, police officials banned protesters from demonstrating, with Kenya’s chief of police warning those who “value [their] life, not to come and demonstrate” commented blogger Kenya West.

Thousand of people have shared the hashtag #JusticeForBabyJeremy to protest against local police brutal ways of addressing the crowds in the country.

Government spokesman Esipisu Manoah replied: “If opposition protesters are going to loot, destroy property and then expect that somehow no one will criticize their behaviour or react, I’m sorry that won’t happen.”

Officials aiming to change the electoral commission in the country seem to make reconciliation between the government and the opposition impossible in Kenya.

“The ruling Jubilee coalition feels very strongly that there is no need for dialogue and that indeed the IBEC [Electoral Commission] is an office, that is legally and lawfully binding; and therefore should be in charge of overseeing the next election in 2017,” government consultant Tom Mboya declared in an interview for the RFI. “The Opposition CORD also feels very strongly that the IBEC needs to be removed from office and in particular the commissioners who have had integrity questions asked about them,” he added.

Meanwhile, supporters of both the government and opposition argue their different opinions in the virtual environment.

“The levels of tribal hatred going on in social media is not just absurd it’s alarming,” blogger Kanye West continues.

Despite so far violences remained under control, people fear the scenario of the bloodshed durin 2007-2008 will repeat with even more disastrous consequences.