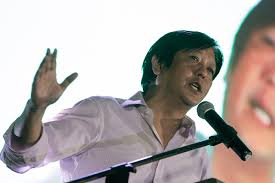 The official votes count completed three weeks after polls closed resulted in the son of the late Ferdinand Marcos losing vice president elections, while accounting for the lack of success regarding the victory aspirations of the political-related family in Philippines.

“The elections have been very divisive and we need to rebuild as a nation. Duterte needs everyone’s help in rebuilding our country,” Robredo commented after the results.

Marcos has not yet made an official statement, yet his lawyer George Garcia said for the AFP that 3.9 million votes were not included in the official vote count. Consequently, Marcos considers filing an appeal on the direct elections.

“We suspect that these votes were credited to other candidates. We believe these votes belong to Bongbong Marcos,” Garcia stated.

Moreover, Marcos Jnr’s mandate in the country’s Senate also runs out at the end of June.