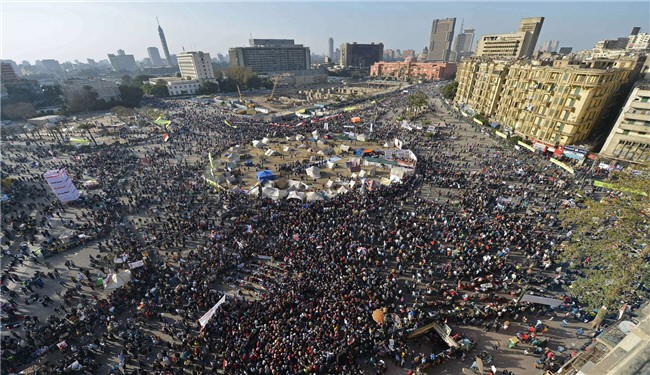 For Egypt to become independent, its citizens would require a greater level of independence, as per the Iranian Member of Parliament and member of the National Security and Foreign Policy Commission of Maljis. As of now, the people of Egypt are not able to achieve independence fully and the revolution is not complete owing to the problems faced.

Ayatollah Khamanaei, the leader of the Islamic Republic of Iran, said that the Egyptian army has not done the right thing by throwing the previous president Mohammad Mursi off power. Due to the lack of financial independence of the Egyptian government, other foreign players involved in the economy of Iran and this, they lost the grip.

The United States alone pumps in nearly one billion dollars into the economy of Egypt and due to this, they are bound to follow the policies and principles set by the Western countries. Due to the lack of financial stability, Egypt is forced to abide by the decisions of Western nations, who in turn are able to govern the economy.

Thus, as per Mehdi Saneai, the government of Egypt must focus more towards achieving financial stability and this can be done by roping in expert economists to revive the economy of Egypt. Egypt has a vast underlying potential and if they tap it efficiently, they would be able to get their economy back on track.

As there are different foreign entities involved in the economy of Iran, they are unable to make progress in the energy sector. Mehdi Saneai also said that Iran supports the residents of Egypt and is willing to help the government of Egypt in all possible forms as both the nations are Muslim majority areas.

The Army of Egypt has clearly expressed its displeasure for getting involved in the internal matters of Egypt and has asked Iran to stay away. Iran continues to insist the Army of Egypt to stay away from Israel and United States. Syria is the major issue between both the nations that has severed ties between them since the past 30 years.